Showing posts with the label tim burton
Show All 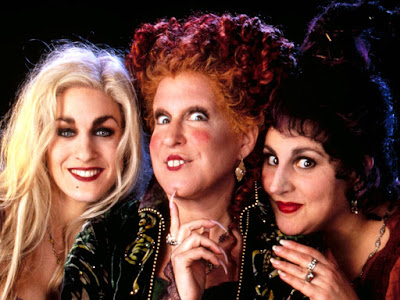 With halloween fast approaching I thought it would be a good idea to show you what my favourite Halloween movies are and why. I don't want to rate them as I actually can't decide, so I will just say which ones I love and why. 1. Hocus Pocus Who doesn't love the idea of 3 sisters singing "I put a spell on you". This film always reminds me of my friend Liam. At university we spent 90% of the time quoting films and "booooooooooook" has to be a fav! So this film always reminds me of him. Sarah Jessica Parker and Bette Midler being as amazing as ever. 2. The Nightmare Before Christmas I don't think Halloween would be Halloween without at least one Tim Burton film on my list. Thankfully for you fine people you have a few. The Nightmare before Christmas is a classic! I used to work at the Disney Store and you always knew the season was upon us when ''What's this what's this there's magic in the air?'' came
Post a Comment
Read more
More posts