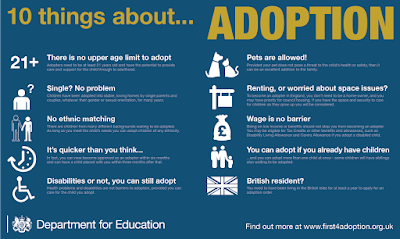 Something has been bugging .... no not bugging, that is too nice a word, something has been down right peeing me off for about a week and a half and I am finally ready to talk about it. There are thousands of children in the UK who are waiting to be adopted, I see lots of adverts looking for people who are interested in adopting. There is even a week in October dedicated to making people aware of children in the adoption system. You see posts about how it doesn't matter if you are a single person, a couple, gay or straight and there was even a push to find adoptive parents from different ethnic backgrounds. When Paul and I started to look into adoption, I had heard stories from other larger women who told me that they had been turned down for adoption because of their size. I was so shocked because I had never heard of this, I honestly thought ''no it can't be true it had to have been because of something else''. So a couple weeks ago when we conta
3 comments
Read more
More posts